Dame Vivienne Westwood is an English fashion designer and businesswoman. She came to public attention in the early 1970s, designing punk and new wave fashions with her boyfriend Malcolm McLaren, manager of the punk band The Sex Pistols. She has exclusively-owned boutiques in London, Milan and Leeds, franchise stores in Manchester, Nottingham, York and Cardiff, and showrooms in Paris, Los Angeles and Honolulu.

Westwood designed the wedding gown that Miss Piggy wears in the 2014 film Muppets Most Wanted, as well as several other ensembles.

According to the official press release: "In the film, Miss Piggy wears a Vivienne Westwood couture Long Ivory Court wedding gown, with corset detailing and paillettes made from recycled plastic bottles, accessorized with an ivory tulle veil. Piggy also entrusted the designer with additional looks for the film, including a Vivienne Westwood couture Harris Tweed houndstooth check coat and matching beret worn in a scene set at Tower of London. Miss Piggy also chose a long silver hand-embroidered floral lace gown for a very special number in the film."[1]

The online edition of Harper's Bazaar published a brief interview with Westwood and Miss Piggy on the day that the first picture of the gown was released. In the interview, Piggy asked Westwood about her inspiration. Westwood replied, "The dress is one of my favorite styles. It's called the Court dress and is inspired by 17th-century English royalty and the court of King Charles II. It has been designed especially for you in a white pearl sequin fabric made from recycled water bottles. It's the perfect choice for a royal sow."[2]

Westwood also designed the turquoise dress Miss Piggy wore for her Academy Awards stint with Ross Mathews, E! Countdown to the Red Carpet on March 2, 2014, as well as the dresses she wore for the Muppets Most Wanted World Premiere, and her appearance on Live with Kelly and Michael.

In 2015, some of the dresses created by Westwood were featured in ODDA Magazine. 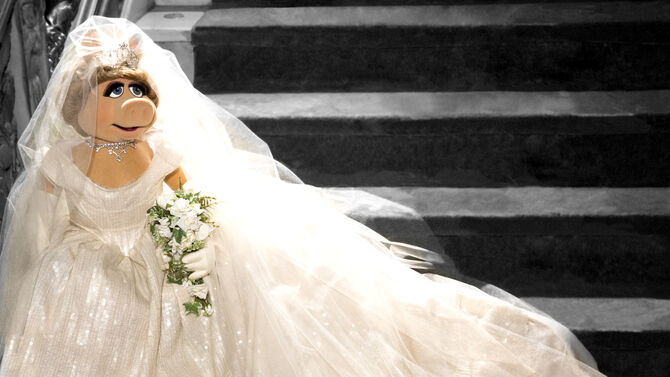 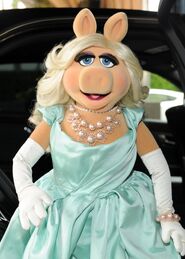 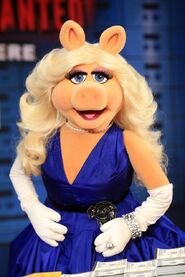 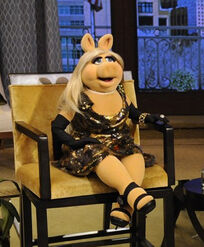 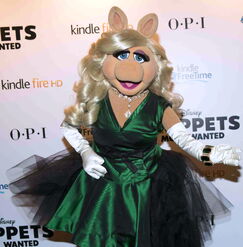 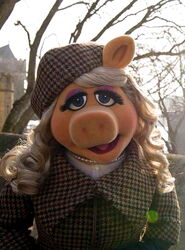 "Something So Right"
"Harris Tweed"[8] 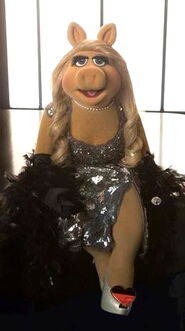 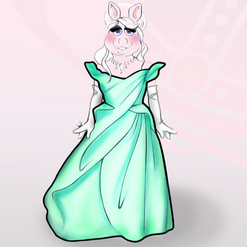 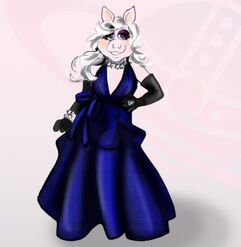 Retrieved from "https://muppet.fandom.com/wiki/Vivienne_Westwood?oldid=1261275"
Community content is available under CC-BY-SA unless otherwise noted.