Waldo C. Graphic, "the spirit of 3D", is a computer graphic, as his name suggests, rather than a standard fleece-and-foam Muppet. As such, he's able to morph into any shape imaginable. He has the playful nature of a clown, yet with the intelligence of a computer. Waldo first appeared in 1989 on The Jim Henson Hour where he was the demographics expert for MuppeTelevision. His most prominent role was in the Disney theme park attraction Muppet*Vision 3D, engaging with the Muppets and audience members, attempting to get out of the film, and even morphing into Mickey Mouse (voiced by Wayne Allwine).

Despite his CG nature, Waldo was controlled in real time by a puppeteer, making use of a mitten-like motion-capture device called a waldo (which he was named after). Jim Henson had begun experimenting with creating digital characters in the mid-1980s and Waldo's underlying technology grew out of experiments conducted to create a computer generated version of Kermit the Frog.[1]

Waldo's strength as a computer generated puppet was that he could be controlled by a single puppeteer[2] in real-time, in concert with conventional puppets. The computer image of Waldo was mixed with the video feed of the camera focused on physical puppets so that all of the puppeteers in a scene could perform together. Afterward, in post production, he would be re-rendered in full resolution, adding a few dynamic elements on top of the performed motion.[3]

Waldo's design was led by Kirk Thatcher with input from a variety of other artists, including Timothy Young (who provided concept sketches) and animated by Pacific Data Images,[2] now known as PDI/DreamWorks. Thatcher was greatly influenced by Chris Wedge's 1987 CG Short, "Balloon Guy".[4] Jim Henson performed Waldo in a special demonstration of how he worked in The Jim Henson Hour episode "Secrets of the Muppets." 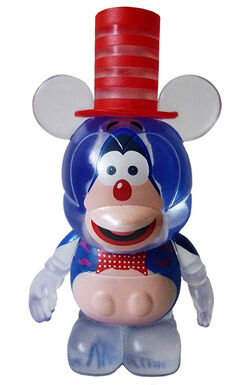 " was produced in the second series of Muppet Vinylmation figures. Disney also produced a Waldo figure in its fifth wave of Park Starz in 2017 and images of the character were incorporated into certain pieces of Walt Disney World 50th Anniversary merchandise in 2021. 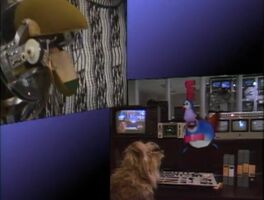 Jim Henson performs Waldo with a waldo. The image is seen in real time, rendered in low-resolution. 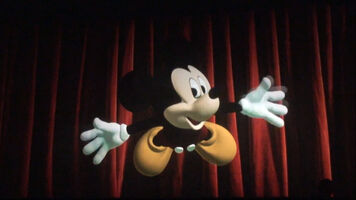 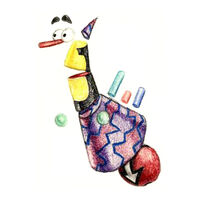 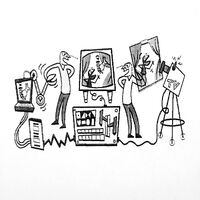 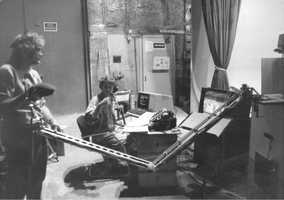