Walk Along Sesame Street is a board game produced by the Milton Bradley Company in 1975.

In the game, players assume the roles of Cookie Monster, Big Bird, Ernie or Bert as they travel around Sesame Street to Hooper's Store. Along the way, they must gather items to help them overcome obstacles -- a key to open the gate, a ladder to get over a wall.

Translations of the game were also produced in France and Germany, using characters from the local co-productions of Sesame Street. In France, the game was called Promenade Rue Sesame. In Germany, it was called Ernie und Seine Freunde. They both featured the French characters Toccata and Mordicus from 1, Rue Sésame and the German characters Samson and Tiffy from Sesamstrasse, along with Ernie and Bert. In 1977, the game was also produced in the Netherlands, but it used the same characters as the German and French versions had. 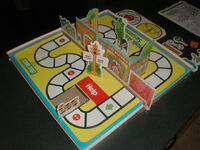 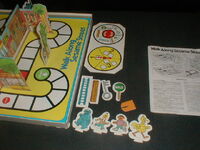 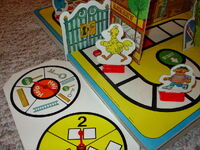 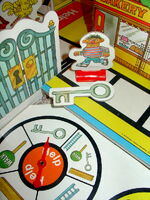 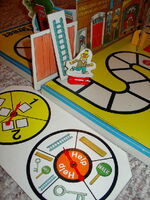 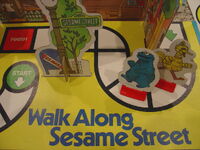 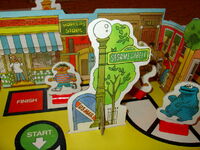 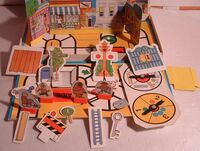 Add a photo to this gallery
Retrieved from "https://muppet.fandom.com/wiki/Walk_Along_Sesame_Street?oldid=1147622"
Community content is available under CC-BY-SA unless otherwise noted.