In Muppets Haunted Mansion, Walter plays the ghostly role of one of Constance Hatchaway's murdered husbands, fondly remembering how tenderily she snapped his neck. The bowler hat he wears with his suit corresponds with Ambrose, the first of Constance's husbands in the attraction.

...including a human head goof behind Scooter. 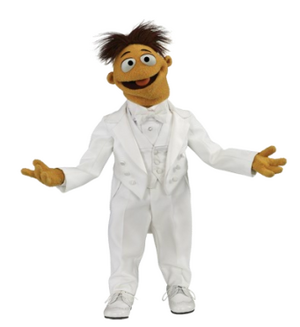