"We're Amazing, 1, 2, 3!" is a 2016 digital storybook produced as part of the Sesame Street and Autism: See Amazing in All Children initiative and released on sesamestreet.org. The book was published in hardcover as a Little Golden Book on September 5, 2017.

In the book, Elmo introduces Abby Cadabby to his friend Julia who has autism.

A portion of the book was adapted into an animated video featuring the voices of Ryan Dillon and Leslie Carrara-Rudolph as Elmo and Abby.

The title was also published in Spanish as Somos maravillosos, ¡1, 2, 3! 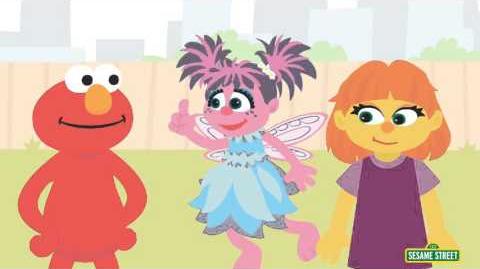