What is a Muppet?

The term Muppet was invented by Jim Henson at the beginning of his career to describe his puppet act. It is sometimes claimed, and refuted, that Henson created the term as a combination of the words marionette and puppet. Henson used the Muppet name to define the characters in his productions, and to distinguish his act from those of other puppeteers.

Following the development of various projects over the years, and ownership changes for some characters, the term has seen a shift in the way it has been used by official parties, and its perception in popular culture.

“Do you know what it takes to be a Muppet? ...Imagination!”
—Uncle Traveling Matt, The Muppets: A Celebration of 30 Years

The earliest documented use of the word Muppet comes from the labeling used for studio soundtracks recorded for Circle 4 Ranch on November 10, 1954.[1] The term appeared in print as early as the spring of 1955 in an advertisement for Afternoon with Inga. Henson's appearances on variety shows such as The Ed Sullivan Show were billed as "The Muppets" and, as on Saturday Night Live, "Jim Henson's Muppets."

In a 1983 interview, Henson commented on when he first coined the term: ""I think we did the term Muppets before we got the show Sam and Friends - a few months after I started working." 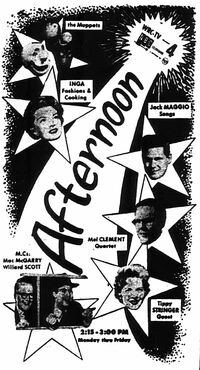 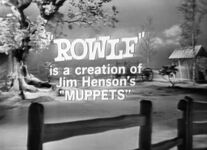 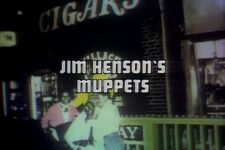 During the development of Sesame Street, when it was decided that the show would add a fantasy element, Jim Henson's Muppets were singled out as the only puppet act that would be worth approaching. After Henson became involved, a cast of new Muppet characters were created for the show. They have become known as The Sesame Street Muppets or The Muppets of Sesame Street. 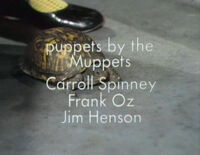 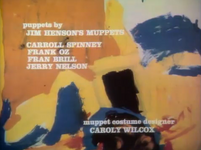 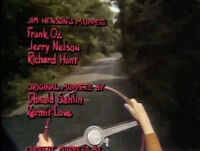 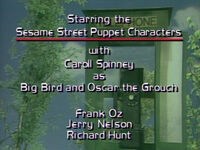 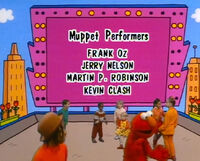 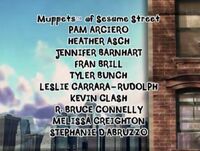 When The Muppet Show became an international hit, the word Muppet became more closely associated with characters from that show. Productions and merchandise started to become branded from The Muppet Show’s cast of characters.

Although, the phrase, "Muppet Performers" appeared during The Muppet Show closing credits, early episodes of the first season referred to its Muppets as "The Muppet Puppeteers" or "The Muppet People."

Television specials and theatrical films created throughout the 1980s strengthened this branding, as the group of characters established in The Muppet Movie and The Muppet Show continued to receive significant focus. This family of characters continued on into the MuppeTelevision portions of The Jim Henson Hour and Muppets Tonight.

“Muppets tm \`mu-pets\ 1 : a trademark of The Jim Henson Company for a fanciful troupe of famous puppet characters created and performed exclusively by, and/or for goods and services coming exclusively from, the characters at The Jim Henson Company [var – Muppet; The Muppets]; 2 : none
—definition applied to merchandising in the late 1990s/early 2000s, prior to Disney's purchase”

The franchise was further solidified as being separate from other "Jim Henson's Muppets" projects when The Walt Disney Company purchased the Muppets characters from The Jim Henson Company in 2004. Disney went one step further to separate their property, by designating this group and their endeavors as The Muppets Studio.

Even so, the word Muppet continued to be used to describe characters from productions featuring mostly original characters, such as in Fraggle Rock where the credits read "with Jim Henson's Muppets," even though none of The Muppet Show characters were used.

In the late-1980s/1990s, the word Muppet would start being associated with new productions less often than it had been (unless that production featured characters from The Muppet Show, such as Muppets Tonight and the Muppet movies). The phrases "Muppet Performers" or "Jim Henson's Muppets" still appeared in the credits to such shows as Dog City and Big Bag.

Since selling the Muppets to The Walt Disney Company in 2004, the Jim Henson Company has stopped using the Muppets name for characters in newer productions. They stopped including the Muppets name on new Fraggle Rock products (the first five Fraggle Rock DVDs, except for "Doin' Things That Doozers Do", actually cut the "With Jim Henson's Muppets" credit in the opening, though it's been included in the opening for later DVDs). This is to create a distinction between the Muppet Show -brand characters (Disney owned) and other Henson Company puppets.

Outside Sesame Street, Sesame Workshop used the word Muppet in association with the characters and performers of their series Panwapa. 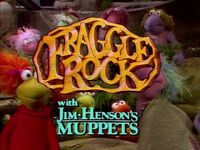 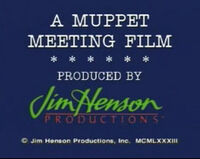 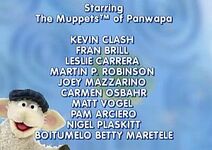 The Jim Henson Company seldom described creations from the Creature Shop as Muppets. Rare examples of Muppets created from the Creature Shop include the casts of The Ghost of Faffner Hall and Mother Goose Stories, as well as the ghosts from The Muppet Christmas Carol. See Muppet vs Creature for more on this distinction.

The earliest known usage of definitions 2–4 all date from after the original run of The Muppet Show, and the etymology of definitions 3 and 4 appears to derive directly from the show; the implication being that a "muppet" is silly person or someone who cannot act without being animated or controlled by another. 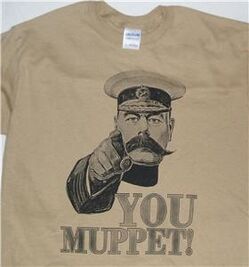 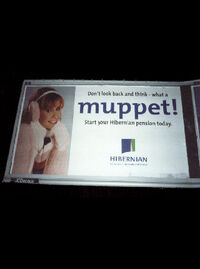 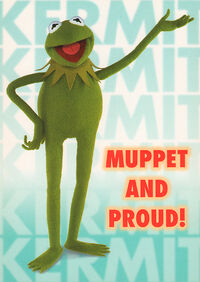 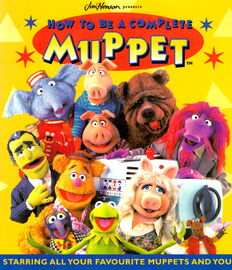 How to Be a Complete Muppet

Among puppeteers and puppet builders, the term "muppet-style" is used widely to describe puppets that are similar in appearance and/or construction to Muppets, especially foam-based mouth puppets.

Other definitions and uses 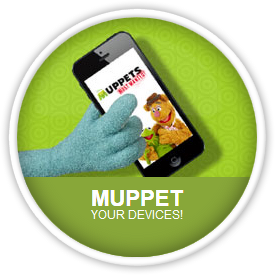 When Gonzo botches a magic act on An Audience with...Joe Pasquale, Pasquale says, "you muppet!"

A promotional video for The Muppets asks the question "who are the Muppets?" (YouTube), while the movie contains a song in which Gary and Walter ask themselves if they are a "Man or Muppet."

A December 2013 screening of The Great Muppet Caper at the Brooklyn Academy of Music featured an introduction by Cheryl Henson, Peter Linz, and Walter. Walter explains to the audience that in England, instead of "idiot" they say "muppet". (YouTube)

Gordon Ramsay, a Brit, says "Get out of here, you Muppets" to Walter and Kermit in the "Food Fight" Muppisode. Walter says he loves it when people call him that, but Kermit, picking up on the derogatory nature of Ramsay's put-down, shelters Walter away from any further conversation.

In 2014, Disney officially started using the term as a verb. The phrase "Muppet Your Devices" appeared on the official Muppets Most Wanted website as a link to a section for downloads to be used on mobile devices.

The term was co-opted by at least one puppeteer, early on, in a case of genericization. In an article about Captain Jim's Popeye Club on Pittsburgh channel WIIC, broadcaster Bob Ford introduces his new puppet characters as "muppets." The newspaper explains that "A muppet, by the way, is a hand puppet without arms. Shari Lewis employs the same type of little friends on her Saturday morning show..."[2]