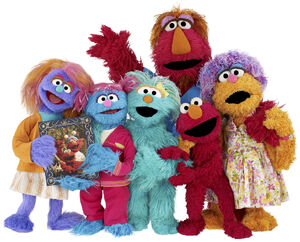 In the video, Elmo and his parents (along with Rosita) join his cousin Jesse and Aunt Jill for a picnic in the park, as they all cope with the recent passing of Elmo's Uncle Jack.

Select clips from the video were featured in the prime time special of the same name.

With the Sesame Street Muppet Performers: