When You Wish Upon a Pickle

When You Wish Upon a Pickle is a Sesame Street prime time special that aired on HBO on November 10, 2018. The special helped kick off the 49th season, which began the following Saturday.

The special features celebrity appearances by Amanda Seyfried (as Natalie Neptune) and Blake Lively (as the delivery person).

A trailer for the special was released on October 27, 2018, done in the style of a 1980s infomercial. The special received an advanced screening at Kidville Union Square in New York City on November 10.[1]

The special won a 2019 Emmy Award for "Outstanding Children's Program." It was given a digital release on June 2, 2020 (with a DVD release not-yet announced). The special later premiered on PBS on July 13, 2020.

“In When You Wish Upon a Pickle, a mysterious wish machine appears on Sesame Street and the magical pickle inside starts granting wishes. Before long, the gang learns they need to be careful what they wish for – especially when they find out he’ll only grant one wish per customer! When Elmo wishes to be a grown-up and run Hooper's Store, he switches bodies with Chris. When Ernie tries to help his friend achieve his dream of becoming a TV meteorologist, Bert ends up trapped in the television, dashing from show to show. Cookie Monster’s wish for more cookies results in more Cookie…Monsters! Abby Cadabby teams up with her favorite storybook detective – brought to life by a wish, of course – to try and solve the mystery of what’s going on in the neighborhood. The adventure continues until an unlikely (and grouchy) hero intervenes!” 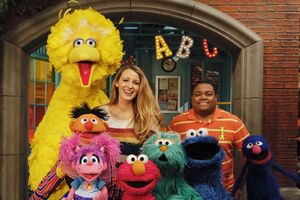 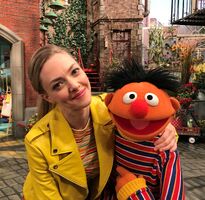 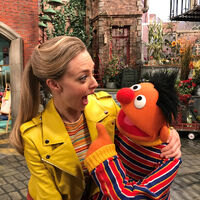 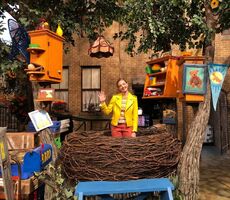