Where Did I Go Right? You're No One in Hollywood Unless Someone Wants You Dead is an autobiography by Bernie Brillstein with David Rensin.

Brillstein was Jim Henson's manager and friend from early in his career until Jim's passing. The book covers Brillstein's own path to success in the business and his many meetings with people on the business and celebrity sides of Hollywood. Both sides are told in detail concerning his dealings with several Henson projects on both a professional and personal level.

Photos in the book include Brillstein with his Muppet likeness and several candids of Henson and the Muppet performers. 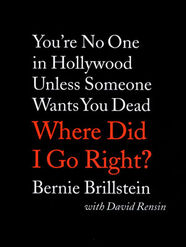 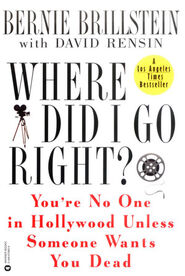 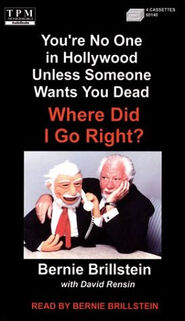 2001 Abridged Audio version
Add a photo to this gallery
Retrieved from "https://muppet.fandom.com/wiki/Where_Did_I_Go_Right%3F?oldid=1102986"
Community content is available under CC-BY-SA unless otherwise noted.