Wilkins and Wontkins are the Muppet stars of one of the earliest, and perhaps longest running, commercial series made by Jim Henson, appearing in 8 second spots for Wilkins Coffee. The two were created and named to be the polar opposite of one another; Wilkins, who "will" drink the coffee, and Wontkins, who "won't."

Wilkins was a smiling character named for the coffee, and Wontkins was his generally dour counterpart, a grumpy blob who couldn't stand the Wilkins brand. Wilkins would be a strong proponent of drinking Wilkins Coffee, and would attempt to convince Wontkins to drink it, too. Wontkins however, almost always refused, leading Wilkins to maim, destroy, assault, harass, and even kill Wontkins over his dislike of Wilkins Coffee. Sometimes, Wilkins would be abetted by an assisting force, such as a hand, an animal, or company president Mr. Wilkins. On a few occasions, Wontkins admitted to actually liking Wilkins Coffee.

The characters proved so popular that in October 1958, the company offered vinyl puppets of Wilkins and Wontkins through the mail for $1.00 and a coffee can label. The offer on the can said, "Hey Kids! I'm Wilkins and he's Wontkins—you see us on TV!" These puppets are difficult to find today. Years later, Community Coffee offered hand puppets of the characters.[1]

The pair were also used in ads for other products, including Wilkins tea, and assorted other brands, and established a basic pattern which would be reflected in later commercial teams, such as Scoop and Skip, Tommy and Fred, Mack and Kermit, and then, Mack and Suzy.

In October 1990, the company attempted to reboot the characters, without the Henson Company's approval. The company offered t-shirts[2] and ran ads from at least December 1990 to February 1991. John T. Brady & Associates and the Wilkins Coffee Co. were sued by Jim Henson Productions.[3]

In 2019, Wilkins and Wontkins made an illustrated cameo in The Muppet Christmas Carol: The Illustrated Holiday Classic.

A Wilkins Coffee plastic lid with Wilkins and Wontkins 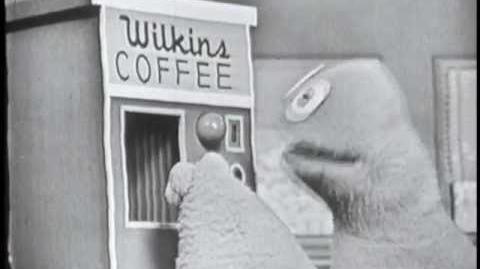 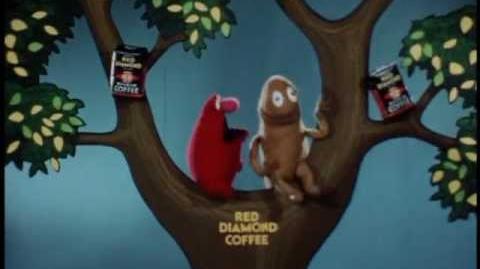 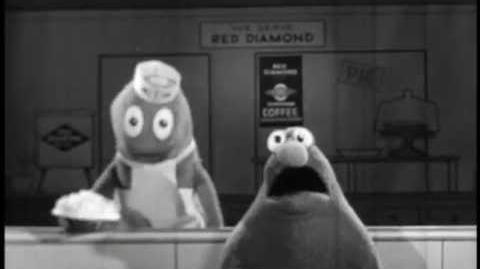