Wolle is a witty sheep character from Sesamstrasse, the German co-production of Sesame Street. He is Pferd's best friend, and together they form a comic duo. Wolle considers himself smarter than Pferd, but a lot of the time he makes the same mistakes. Wolle can often be found playing "Super-Schaf" (Super Sheep) or "Detektiv Wolle" (Detective Wolle). 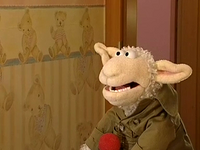 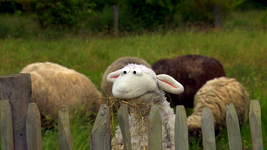 A whiter Wolle on Eine Möhre für Zwei, among other sheep
Community content is available under CC-BY-SA unless otherwise noted.
Advertisement