"Women Can Be" is a Sesame Street song about the many careers that women can pursue. Three of them place a spotlight on their own personal stories of success with the medical field, the circus, and rocket science. Other opportunities expressed include everything from an alligator hunter to an office clerk, a police officer to a clown college graduate, a mountain climber to a lumberjack, and a published author to a soda jerk.

The chorus of women is made up of Teresa, Margaret, an astronaut, a telephone operator, and Betty Lou. They are joined by other Anything Muppets to proclaim "there's nothing we women can't be."

The song was also featured in the 1993 Sesame Street Live show When I Grow Up, performed by Prairie Dawn (considering becoming a lion tamer) and other female Muppets. 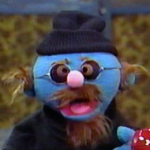