Words Are Here, There, and Everywhere 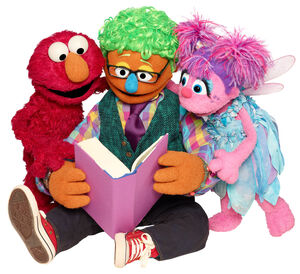 Words Are Here, There, and Everywhere is a bilingual vocabulary initiative developed by Sesame Workshop in partnership with PNC Grow Up Great. The corresponding video, which features Abby Cadabby, Elmo, and a new Muppet character Buzz Word, was released in September 2014.

A 13-part audio-only production was released through the Sesame Street in Communities podcast feed. The final episode includes Abby reciting a poem based on the song "I Love Words".