Yolanda and the Youth

"Yolanda and the Youth" is a Sesame Street story narrated by Bob and played out by the Anything Muppets. (First: Episode 0174)

The story tells the tale of a princess named Yolanda who spent her time feeding yogurt to yaks in the yard while her father King Yellowfellow vetted suitors for her hand in marriage. His standards included making the candidates pass a test which primarily consisted of asking questions for which the answer was words that start with Y.

The first prince can't named the word that means the day before today, and the second fails to identify the word that is the opposite of old. Time passes and the princess knitted yards and yards of yarn which made her so bored she could yawn. One day, a young youth happened by who passed the king's test by answering both questions correctly. To seal the deal, he identified yams as his favorite food. 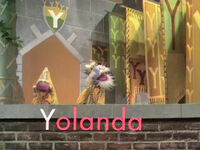 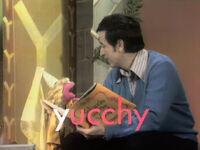 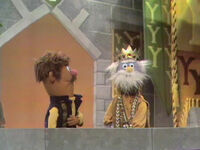 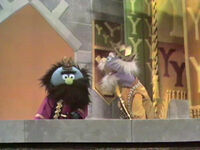