Zac Posen (b. 1980) is an American fashion designer. Among his clients are Natalie Portman, Kate Winslet and Cameron Diaz.

Posen designed a lavender dress for Miss Piggy which she wore during the final number of The Muppets. Costume Designer Rahel Afiley tapped Posen for the project and said of the dress, "I felt it should be a vintage-inspired gown.”[1]

The dress, along with shoes by Christian Louboutin and many other of Miss Piggy's costumes from the film were put on display at the El Capitan Theatre, along with a recreation of Kermit's office and Miss Piggy's Dressing Room.

At the 2012 Academy Awards, Miss Piggy wore a dress by Posen. 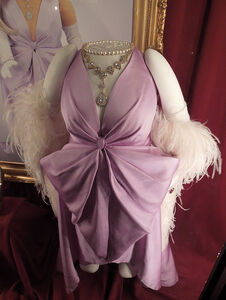 Posen's dress on display at the El Capitan Theatre 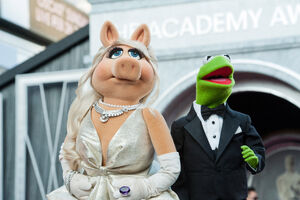 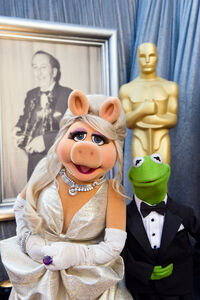 Wikipedia has an article related to:
Zac Posen
Retrieved from "https://muppet.fandom.com/wiki/Zac_Posen?oldid=1079635"
Community content is available under CC-BY-SA unless otherwise noted.