Although produced, the latter two never made it into the publication. Mike Ruiz eventually released the Kinski spoof "Miss Piggy and the Serpent" on his official website as part of his portfolio, and fashion designer Keanan Duffty posted a behind-the-scenes version of the Sid and Nancy inspired photo on his blog years later. A third, previously unreleased photo from the shoot appears here on Muppet Wiki for the first time, courtesy of Zink Magazine. 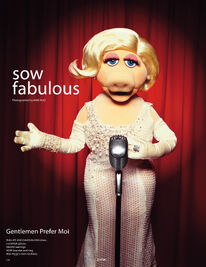 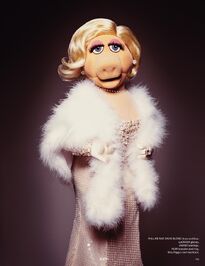 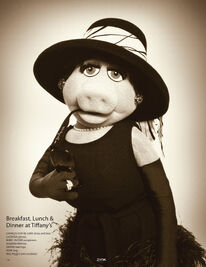 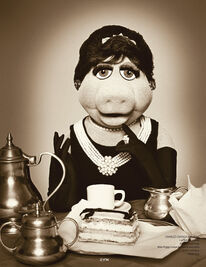 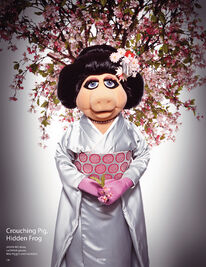 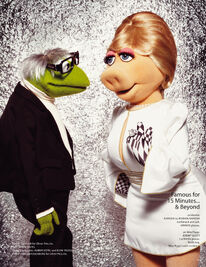 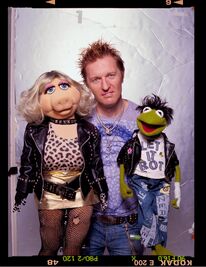 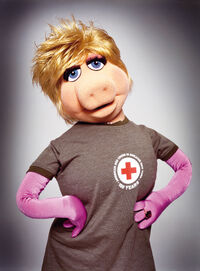 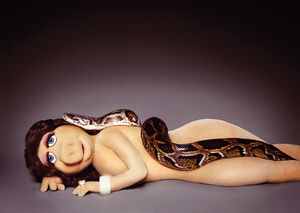 Miss Piggy and the Serpent
(Unused photo from the shoot)Bellisima by Moschitto Designs bracelet,
Miss Piggy's own ring and necklace. 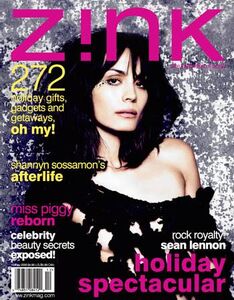 Wikipedia has an article related to:
Zink magazine

Retrieved from "https://muppet.fandom.com/wiki/Zink_Magazine?oldid=1103481"
Community content is available under CC-BY-SA unless otherwise noted.