Zoe's Dance Moves is a direct-to-video Sesame Street DVD, featuring a guest appearance by Paula Abdul. It was first released in 2003, then re-released as part of the 3-DVD set Get Ready to Dance and Move! in 2005.

Zoe and Elmo are taking dance lessons, but Elmo forgets his dance shoes and goes off to get them. When Zoe arrives, she finds out that she missed dance class, but the teacher, Paula Abdul, offers Zoe's help in choreographing a new dance move. Through each dance moves, Zoe learns about certain dance moves from traditional ballet to hip hop dance. By the time Zoe and Paula Abdul finish creating their new dance moves, Elmo finds his dancing shoes and is ready to dance along with them.

DVD2005
Sony Wonder
3 disc set with Dance Along! and Elmocize

Australia (DVD)2011
ABC Video for Kids
Triple feature with Get Up and Dance and Fiesta! 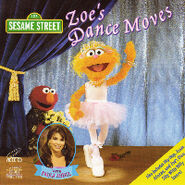 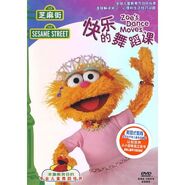